At First Choice Carpet and Tile Care we understand that in addition to carpets being susceptible to stains, they are also targets for unforgiving odors. Liquids and other chemicals seep into carpets and then linger for weeks, even months. At times liquids can only form bacteria and mold colonies under the carpet, worsening the odor they give off.

Whether these odors are caused by young children, pets, or leaking plants in your home, we can help get rid of them.

Las Vegas Odor Removal Services
Unlike other cleaning companies that approach odor removal with a process of chemicals, we use a more holistic method. Chemicals can damage carpets as well as the material that hold them to the floor. Not to mention that these same chemicals may be toxic to humans and pets. After applying them to the carpet then a bigger issue of having to rinse the area dozens of times over may arise.

Our professional staff’s techniques for odor removal is deep cleaning with special machines. You could think of these machines as “steam cleaning,” but they are much more advanced than that. Our machines use multiple spraying jets and brushes, as well as vacuums and steam cleaners that eradicate odors unlike anything else out there.

In the event that we detect that the floor underneath the carpet has been damaged by liquids or chemicals we will let you know. We will also provide you with further information on how such damage can be fixed underneath or quotes for replacing the carpet. AT First Choice Carpet and Tile Care we will never attempt to remove an odor and then charge you for replacing the carpet if it couldn’t be removed though.

However we’ve found that in cleaning thousands of carpets over the past decade that carpets almost never need to be replaced to remove odors: if the correct cleaning process is undertaken of course. The only odd chance of a carpet needing to be replaced is if mold has significantly grown into it or rotting has begun. But this is almost unheard of today because home owners hire cleaning services to prevent such things before they get out of hand. 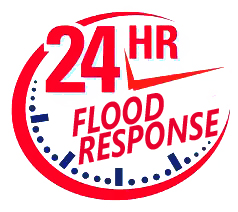